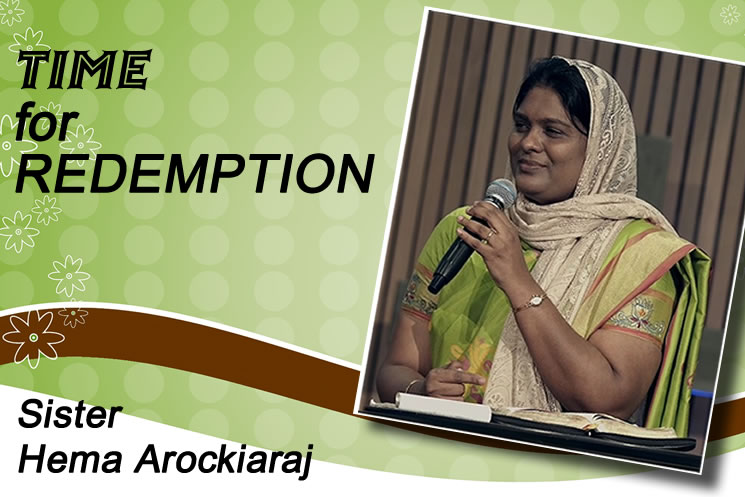 Hema Arockiaraj a valiant women of God, a pharmacy graduate accepted Lord Jesus Christ at her late teens. In the year 1998, according to Ezekiel 3:5 – You are not being sent to a people of obscure speech and strange language, but to the people of Israel. She received a call from God to work among the lost souls. She moved into remote unchurched villages evangelized them and planted hundreds of churches in southern and northern india. A wave of praying fire was lit by her in different churches to form thousands of Hosanna praying groups. Prayer network to plead for nations was initiated in India, Srilanka, Malaysia, Switzerland, England and in various places.

Ministry among children according to Psalms 78, Lamentations 4:4 was her passion as she found 85% of convertion takes place below the age of 15 years. Youth army, prayer army, children prayer group have caught up fire in last days. According to Dueteronomy 14:28, she had a heart for the widows, destitutes and fatherless and by this ministry 350 old people are fed everyday in India and Srilanka. Micah 7:11 is the truth and promise word for the couple to establish Hosanna TV channel to take the unadulterated word of God to the ends of the world. It is a multi lingual channel and in its platform there are great men and women of God, who are made a blessing to dying souls. She is blessed with her husband Brother M. Arockiaraj, an evangelist. They are blessed with three children Amy and her husband Mr.Daniel, Alice and Blessy Arockiaraj.

TIME OF REDEMPTION is a show which releases the anointing of the word of God into the souls of the needful people. It is a time of God’s touch in their lives to renew affected areas of day to day life. This show has an assurance that people watching and listening are prepared for eternal life.