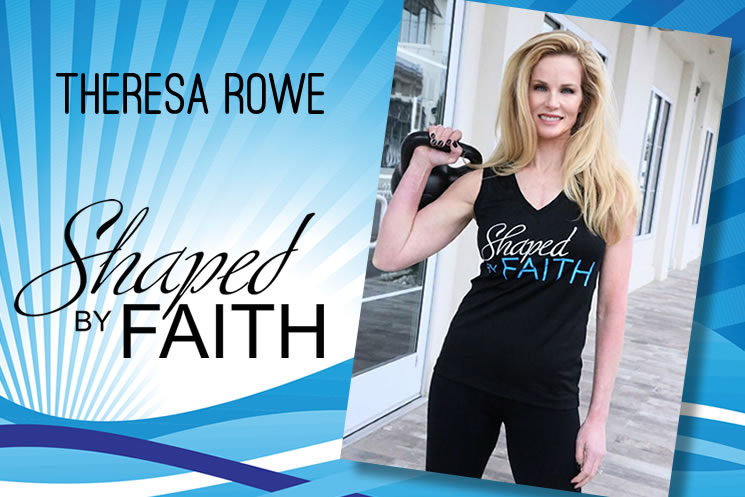 Theresa Rowe is an author, radio and television host, fitness expert, and motivational health and wellness speaker. She is a nationally certified fitness professional and founder of Shaped by Faith. She has taught thousands of people how to use their faith to inspire fitness, and their fitness to strengthen their faith. Theresa’s newspaper column Shaped by Faith appears in the Owensboro Messenger Inquirer. She hosts a Shaped by Faith radio show on 1490 WOMI AM and 99.1 FM, Owensboro, Ky., and 1280 WGBF, Evansville, Ind.

Theresa is the host of Shaped by Faith with Theresa Rowe, a special exercise series on Parables TV, NRB TV, Global7.TV, Safe TV, and Inspiration TV starting in May. She is the co-host of a television series, Project Volunteer on KET KY TV. She has produced four faith-based fitness DVDs. Her book, “Shaped by Faith” and her DVDs were awarded the Dove Seal of approval. She is the author of Guideposts’ Shaped by Faith: Ten Secrets to Strengthening your Body and Soul.