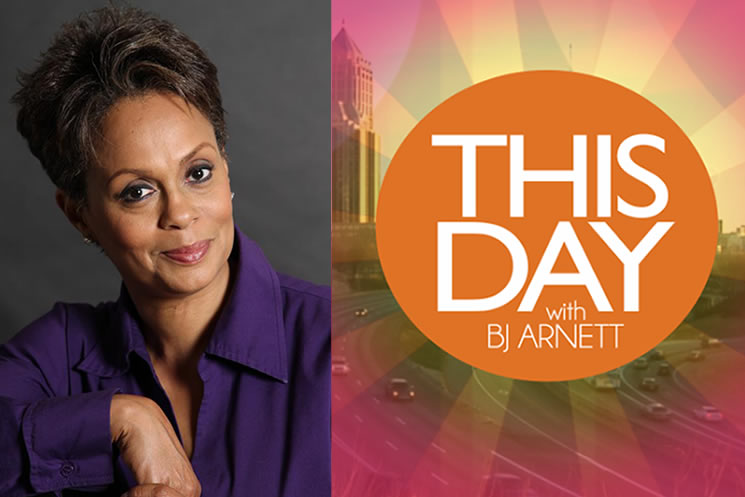 A familiar face and personality to Atlanta television viewers, BJ Arnett has worked as a news anchor, entertainment/lifestyle reporter and host for GPTV, 11Alive News and TV69 (the now CW) and co-hosts With her husband Cameron, the Arnett's host the nationally syndicated Christian talk show Atlanta Live and their own weekly show BYOBB (Bring Your Own Bible, Baby!).

With a warm and personal style of hosting on "Soul of Atlanta" and "Beat of the City," BJ interviewed the likes of Lena Horne, The Judds, Danny Glover, Marie Osmond, Patti Labelle, Mrs. Rosalyn Carter, Ambassador Andrew Young, and many others. She has hosted NBC's "Peachtree Morning" and was frequently featured on "The Roseanne Show" on CBS. She also hosted and produced several television programs, including Georgia Public Television's "Primetime" and "Employment Line." TV69's "Community' and was a lifestyle reporter for "Noonday" and "Camera-11" on WXIA's 11 Alive.

This Day with BJ Arnett is a series of programs where you get some great information and inspiration to help make this day a great day.