Drawing Others To Christ 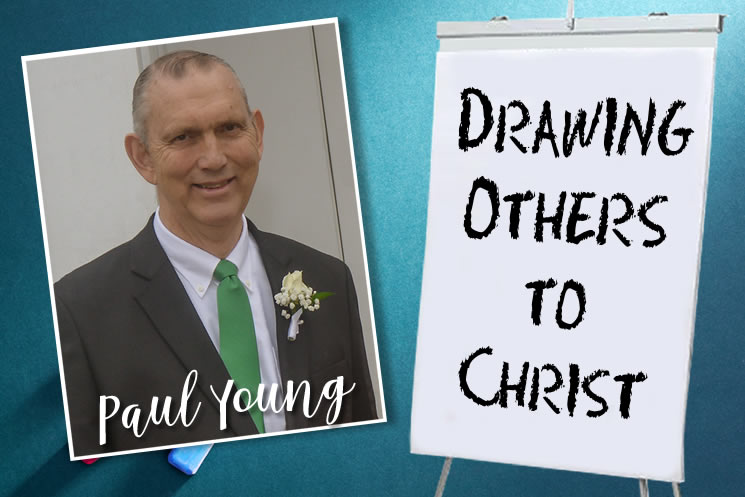 Drawing Others To Christ

Paul Young was born and raised in South Carolina where he was trained by his father who was a pastor, evangelist and missionary. Paul began preaching with chalk in public schools there in 1967. He graduated from Columbia International University in 1970. As preaching in public schools was stopped, Paul Young began preaching to hundreds of children off the streets each week in evangelistic and Bible teaching clubs. He helped start a church and a Christian school as well. In 1988 God called Paul into full time evangelism. For the next 13 years he preached in churches and Christian schools across America until God called him and his family to South Africa as missionaries.

For the past twenty Paul, Vicki and their children have ministered in more than one thousand public schools in 16 countries as well as churches, prisons and many other places. He has authored 14 books and produced many DVD's of his chalk talk sermons as well as broadcasting the chalk talks on many TV stations. The books can all be read at drawingotherstochrist.com where many of the chalk talks can be viewed as well.

"Small Paul" Young (he's 6'-10") rapidly draws sketches as well as large color pictures that illustrate the Bible message he is preaching. He has 84 evangelistic and Bible teaching chalk talks that are clear, concise and practical. He captures and holds the attention of adults and children.